Belgrade Insight | An Anglican Home in the Heart of Orthodox Belgrade

This story was first published in Belgrade Insight print edition on November 8, 2018, and Balkan Insight.

by Carina Julig
SIT Fall 2018
University of Colorado at Boulder

On a Sunday morning in Belgrade’s Vracar district, several dozen worshipers file into a small, pew-filled second-story room to sing and pray in English. Western-style statues of Jesus and Mary decorate a simple altar, and an Orthodox icon stands to the side.

Although St Mary’s Church might lack the grandeur of Belgrade Orthodox cathedrals, it provides a home for the city’s small but dedicated Anglican population. Founded in Britain in the 16th century, the Anglican Communion is the second-largest protestant denomination in the world. But with protestants making up only one percent of the Serbian population, which is overwhelmingly Orthodox, St. Mary’s is unique.

The congregation is shepherded by Father Robin Fox, a genial British expat who has led St. Mary’s for 14 years. A native of Chesterfield, Fox served as a priest in several British congregations before being stationed in Belgrade in 2004. He also serves as chaplain to the British Embassy and as the Archbishop of Canterbury’s official representative to the Serbian Orthodox Church.

Fox said that around 30 people attend services at St. Mary’s each week. The bulk of the congregation is made up of embassy workers and other foreign professionals on short-term postings in Serbia. International parishioners come mainly from heavily Anglican countries, including Britain, Ghana and India.

However, Fox said that some locals are also drawn to St. Mary’s, especially those who have lived abroad and grew to love different styles of Christian worship.

While the majority of their parishioners are Anglican, Fox said the congregation is made up primarily of people who prefer to worship in English, rather than those seeking a specific denomination. 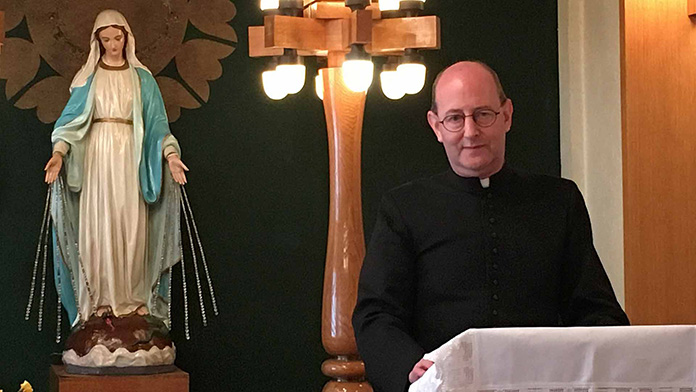 “It’s home for a lot of different religious groups,” he said.

For Anglicans living abroad, St. Mary’s is a home away from home. When Esther Helajzen first arrived in Belgrade in the 1990s, she did not know anyone, and was nervous about how she would find her own community.

“I was worrying about all of this to my daughter and she said ‘oh never mind mum, I know you’ll find a church,’” Helajzen said. She has been going to St. Mary’s ever since.

Fox is the only Anglican priest in the countries that comprise the former Yugoslavia. Along with leading St Mary’s, he travels to their sister congregation in the Croatian capital Zagreb once a month to hold services. There are Anglican communities in the Macedonian and Bosnian capitals, Skopje and Sarajevo, as well, but due to a shortage of priests, they only have services occasionally.

At first, the Church of England paid Fox’s salary, but since the financial crisis of the mid-2000s, every foreign parish needs to be financially self-sustainable. So five days a week Fox is an English language teacher at the International House and works as a private tutor. On the weekends, he dons his clerical robes. To raise money, the church hosts events such as wine tastings and used-book sales.

One of Fox’s students, Filip Nicholson, has decided he wants to become a priest. Nicholson grew up in Serbia and was raised Orthodox. But he was curious about other religions traditions, and visited St. Mary’s one day. He was struck by the theology and style of worship, and chose to be received into the Anglican Communion. He now hopes to become ordained, and is taking lessons from Fox to improve his language skills.

“When I learn English I will go to England to study Anglican theology,” he said.

British connections to Serbia stretch all the way back to World War I, when British troops were sent to Serbia. St. Mary’s has a good relationship with the Serbian Orthodox church, as well as the local Catholic diocese, which owns the building that St. Mary’s currently worships in. However, they do not evangelize to the local Serb population, in order not to strain relations with the Orthodox. 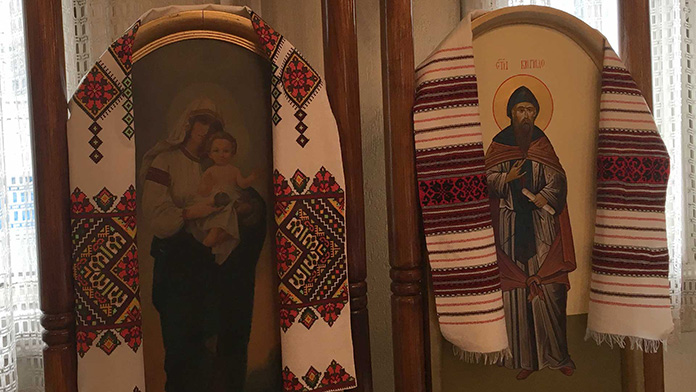 “We don’t go around saying ‘come to the Anglican church, we have short services and chairs,’” Fox said. “But we don’t turn anyone away either.”

Despite the small size and financial struggles of running a foreign church, Fox said he loves the job. He especially appreciates the lack of bureaucracy compared to being a priest in England.

“Here, you can just get on with the business of being the church,” he said.

He added that the lack of other options brings people together who wouldn’t normally worship in the same congregation.

“Here, differences don’t matter,” Fox said. “The only thing we fight about is the hymns.”