BELGRADE — As Karadjordjeva street merges into Pariska, at the edge of Belgrade’s Kalemegdan Park with its millennia-old fortress, a hidden restaurant sits on the other side of a graffiti-covered apartment building that has seen better days. Inside, chefs take creative liberty, creating vegetarian food in a country where meatless cuisine is almost an oxymoron.
But don’t be fooled. “Radost Fina Kuhinjica” (Cheerful Nice Kitchen) restaurant proudly proclaims on its Facebook page that its vegetarian food is not of the “tasteless” variety. While it definitely has your daily dose of greens, the food is full and heavy, to the point where you might even forget there is no meat.
If you are not looking for “Radost,” you might miss it. That it seems like a secret is part of its appeal. Stepping inside, it feels as if you have been welcomed into someone’s private dining room. Renovated from an old apartment, “Radost” is meant to be an intimate experience, from moody lighting and dark wooden accents, to long family-style tables and cupboards of china dishes. 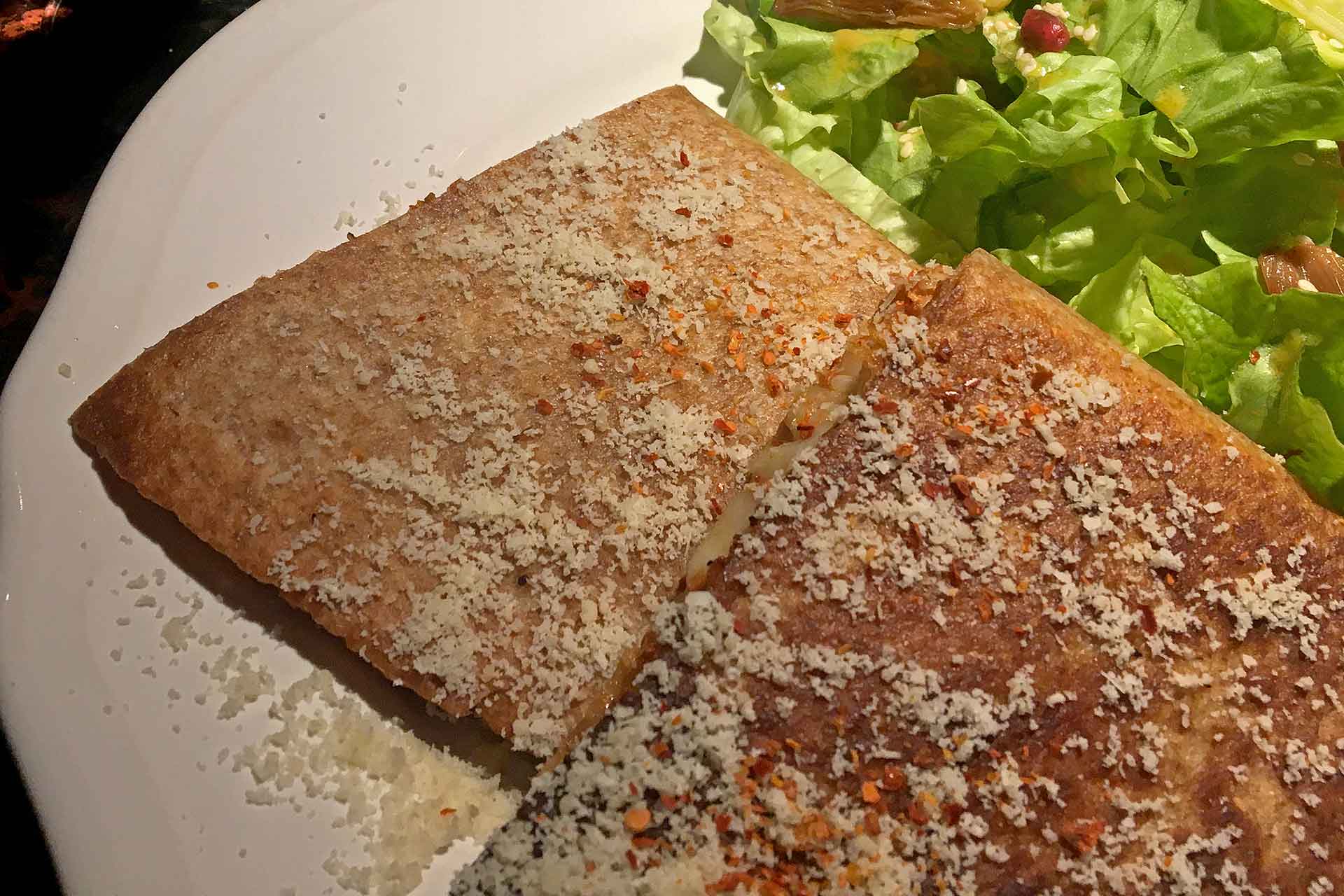 At 6 p.m. on a weekday evening, the restaurant is brimming with activity. At least 15 other diners have also managed to find “Radost,” despite its stealthy location, and are spread across three rooms. Two sets of diners share one of the long tables, and causal conversation mixes with the scraping of forks and knives.
A waiter is helping diners Vida and Milica Medic retrieve their bikes from storage beneath the restaurant. They know the drill, because “Radost” is one of their favorite spots.
“In other restaurants, you can find some meals that are vegan but here there are options that you won’t find anywhere else,” Milica Medic says.
Options like a Japanese-inspired ramen and a Mexican-Italian fusion quesadilla, a global mix of dishes that reflects the travels of chef Zivojin Obradovic.
“I love all different sorts of cuisines,” Obradovic says. “I have traveled for quite a bit and the inspiration comes from both [Serbia] and abroad.”
The end result is the product of a Serbian native with a global flair for innovation, but a love of local staples like grains, cheeses, spices and sauces, bringing in the heartiness of Serbian cuisine.

As a vegan and a triathlete, Vida Medic says she challenges the stereotype, in particularly strong in the Balkans, that eating vegan food does not nourish you as much as meat. And because of this, her favorite dish at “Radost” is the Mexican tortilla, a spicy and filling blend of paprika, beans and corn.

“I feel really good, being vegan helps me with my training and racing, so we love [Radost] it’s our favorite restaurant,” she says.

“Radost” was a novelty in Belgrade when it opened in 2013. But now, vegetarian restaurants are gaining popularity in the city, says Marta Mrkobrada, a 23-year-old Belgrade native,. In recent days, almost 10 exclusively vegetarian spots have opened, according to www.happycow.net, a website that compiles vegetarian and vegan friendly dining options.
“I used to know of only one, but now many people are becoming vegetarians, so there are more places,” Mrkobrada said. “But it’s strange for older people like my dad, he can’t imagine that you can eat a lunch without meat.”