Vice | Over Olympics and Kosovo, Serbia’s hands are bound

This story was first published in Vice.com

“You came at exactly the wrong time,” he said with a gracious smile.

“We are collecting our Men’s National Team to go to Iceland tomorrow. There are players injured, there are flight arrangements…there is so much to do.”

But I don’t know handball, and I actually came to talk politics. 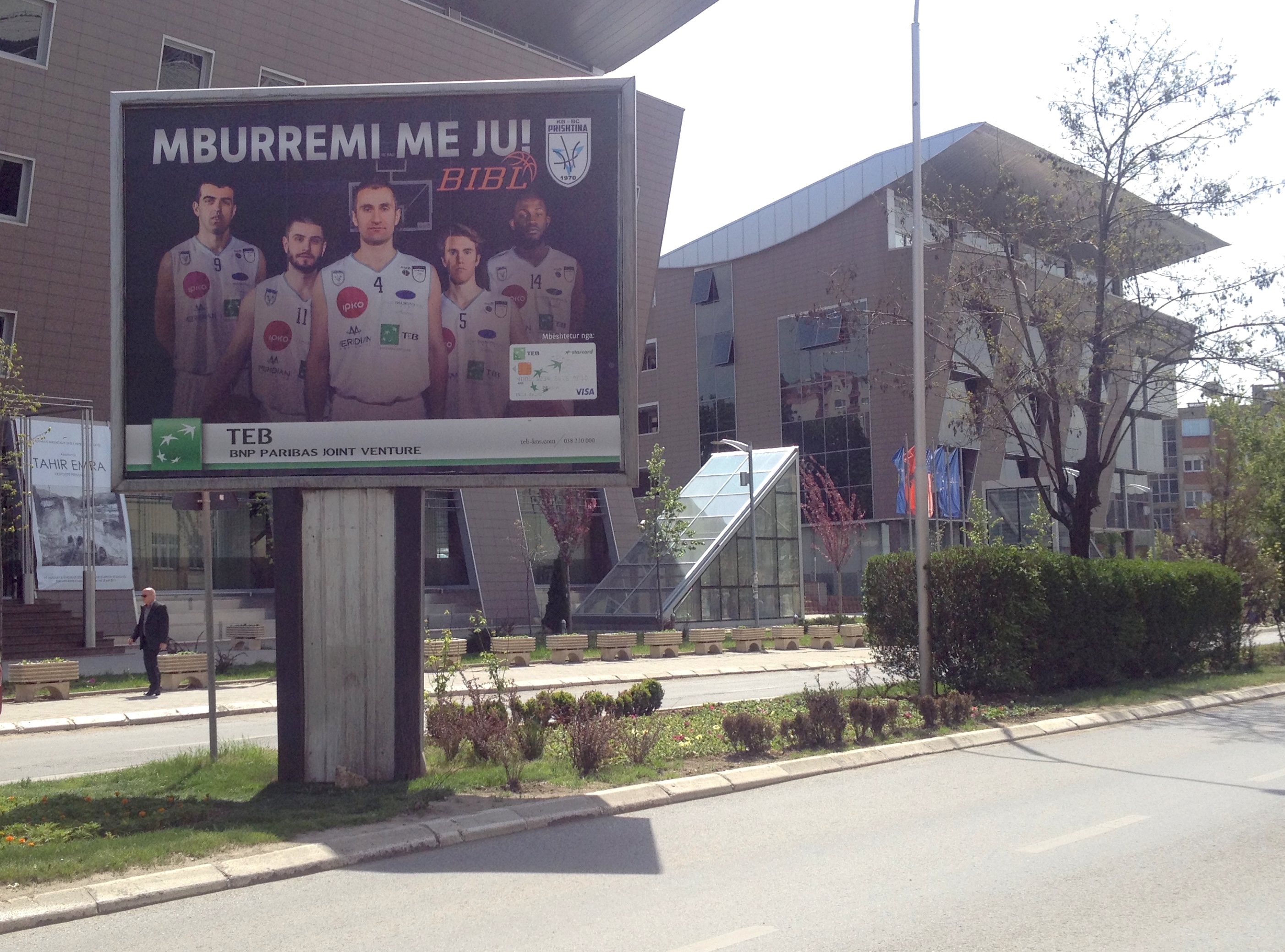 A billboard in Pristina that reads “proud of you” in Albanian celebrates the participation of Kosovo-based basketball club Sigal Pristina in the Balkan League championship final outside a government building in Pristina. The club was named League champion in late April, a historic moment for Kosovo and advancement of the sport there.

In April, the Serbian Junior Women’s handball team blew past their first obstacle to the regional championship 40-19. The win was notably over Kosovo, Serbia’s breakaway southern province whose independence they have yet to recognize.

This game was the first meeting between Serbia and Kosovo national teams in any sport. It is also a marker of how far Kosovo has come since it began lobbying for international inclusion after declaring independence in 2008 despite fierce opposition from Belgrade.

The match itself went largely unnoticed, but women’s and youth sports tend to have less of a following in the region—particularly when played outside of either team’s borders.

Regardless, the Serbian Federation doesn’t have much to say about Kosovo. “When I spoke with journalists after the match, I told them not to ask any politically charged questions,” said Dzemailoski. “We will keep this just about sport.”

In the Balkans, however, a game is rarely just that. Often, sport enables expression of culture and identity, acting as a political metaphor.

And with Kosovo’s December 2014 admission into the International Olympic Committee (IOC) as Rio 2016 hovers on the horizon, the tension is palpable.

“Since wars and politics have played main roles on the social scene in the past several decades, [sport] has been one of the few means through which common people could send their message to the world,” said Nemanja Andjelković, a football and basketball enthusiast from Smederevo, Serbia.

“It gives us a chance to have a fair game with neighboring countries, some of whom we share an unpleasant history with.”

For many in modern Serbia—including Andjelković, whose Serb grandparents migrated from the former province—“the heart of Serbia” still beats in Kosovo.

Even sixteen years after the ’98-’99 War between Serbia and the ethnic Albanian majority for the territory, reports of wartime atrocities still continue to surface from both sides. 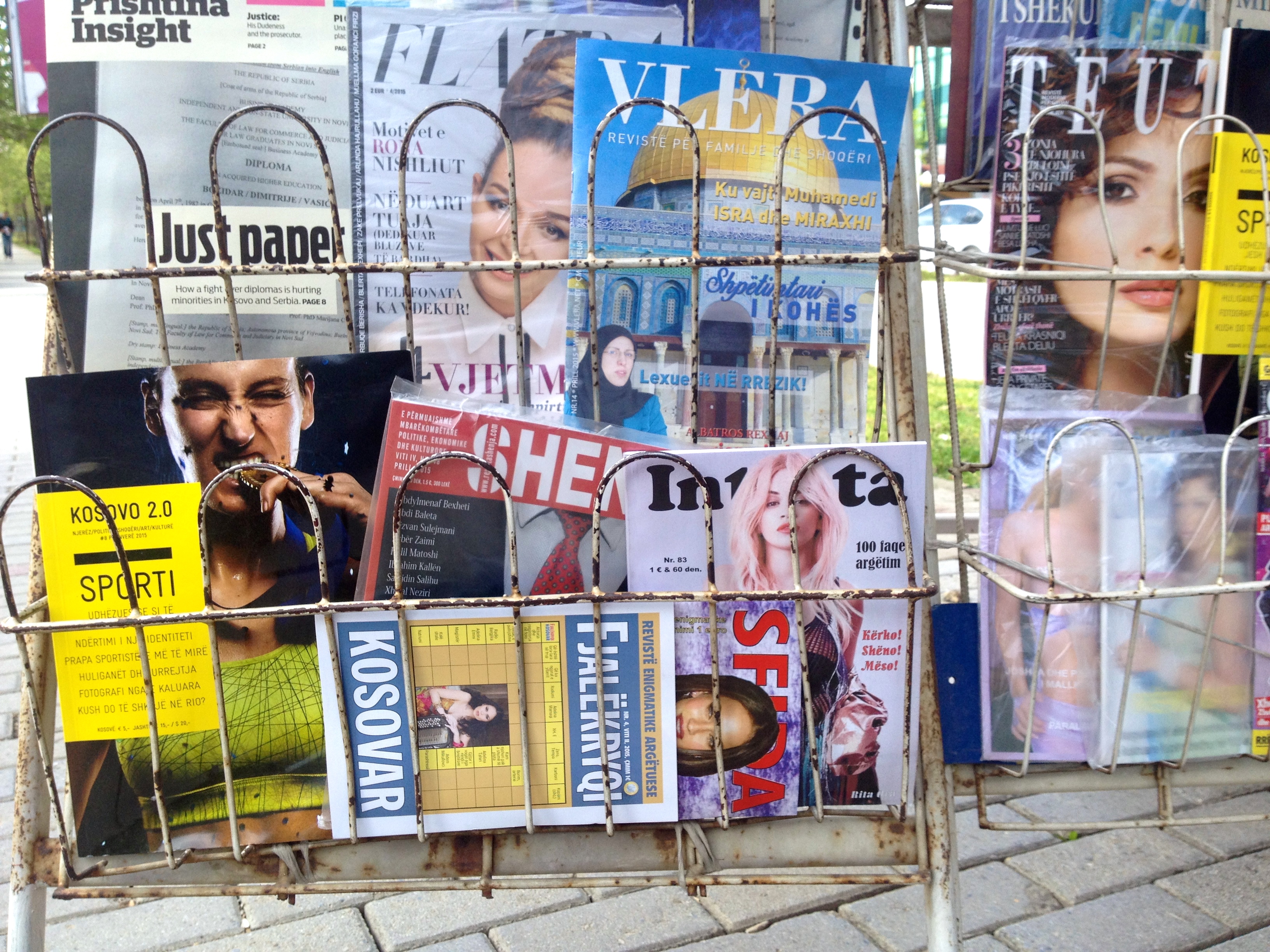 A copy of Kosovo 2.0 magazine (bottom left) sits amidst fashion, beauty and political commentary at a kiosk in downtown Pristina. The Magazine, whose current issue focuses exclusively on sport in developing Kosovo, founded a campaign called #KosovoWantsToPlay in September 2014.

Sport and politics in the mix

In March 2014, Kosovo played in its first FIFA-sanctioned friendly opposite Haiti. Then, in early December, the International Olympic Committee (IOC) voted—after five years of deliberation—to ratify Kosovo’s membership, as did the International Basketball Association (FIBA) in March.

The IOC decision in particular opened doors for Kosovo, who is now a full member of 19 federations and a provisional member of 11. Four, including the football federation, remain to be recognized.

While it seems unlikely that Serbia will recognize Kosovo independence anytime soon, its commitment to normalization of relations with Kosovo as provisioned by the signing of the Brussels agreement in 2013 continue to bind its sovereignty.

“Serbia’s role and possibilities are partly restrained by the Brussels agreement between Belgrade and Pristina, so there is only so much they can do to prevent these things from happening,” said Balkan identity and sport scholar Dario Brentin, referring to Kosovo’s efforts to compete in international sport.

Brentin also emphasized the role sport can play in politics, or vice versa. “There is no social field free of ideology and ideological struggles and hence sport and politics always mix. Sport is…particularly important in terms of symbolic politics,” he said.

Fans like Andjelković are likely to agree with Brentin, but athletes, coaches and other sport figures have a different point of view.

Avoidance a big price to pay

Goran Vojkić has been around long enough to know the system. Since joining the Basketball Association of Serbia (KSS) as an Administrator of Men’s Teams in 2008, Vojkić has watched developments in Serbian sport over Kosovo since the independence declaration from the front row.

He said that, despite publishing a strong response to FIBA’s inclusion of Kosovo in March that warned the KSS would avoid matches with Kosovo at all costs, the Serbian Basketball prerogative follows a top-down process, especially regarding participation alongside Kosovo.

“We can try to be brave and say some things the way we want them, but in the end it’s going to be what the higher authority tells them…If someone from the top says it that way, then it will be that way,” said Vojkić.

He explained that not only does the KSS look toward the Serbian government, but also answers to FIBA and, overall, the IOC.

Ultimately, Serbian coaches, athletes, and other sport figures are reluctant to play political ambassadors. For them, it would be better if sports did not facilitate political expression at all.

“Every time I played the game, every time I watch on TV or in the arena I always hope that everybody sees that sport is the most important thing…[not] a political instrument,” he said.

Still, Serbia is reluctant to comment on whether competing with Kosovo could mean recognition, silent, indirect or otherwise. This clear distinction between sports and politics is also what the Serbia Handball Federation says governed their competition with Kosovo.

“Kosovo was only one opponent in the road to the European championship…We play the match, we won and we are happy, and then we start to prepare for another match,” said head Junior Women’s team coach Vlada Šimičić.

But the match took place without national flags and anthems—a condition Kosovo accepted in their first FIFA friendly against Haiti, although they are only a provisional member of that organization.

Kosovo is, however, a full member of the European Handball Federation and Competitions Manager Markus Glaser said this decision was made with tested knowledge that “especially for national representative teams, they are also representing their political situations.”

“We were looking for the most practical way to keep away things that have nothing to do with our sport, to play without disturbance,” he said.

Nowhere to go but forward

As Serbia maintains official distance, however, numerous precedents cast a shadow on Serbia-Kosovo sport relations running into the Olympics.

After the breakup of Yugoslavia, for example, newly independent Croatia made a dramatic statement at the 1995 Eurobasket awards ceremony as Yugoslavia—by then just Serbia and Montenegro—received their gold medals. After accepting their bronze on the same stand, the Croatian team exited the arena in blatant political protest.

That was after the infamous Maksimer incident in 1990 when hooligans from Croatia’s Dinamo Zagreb and Serbia’s Crvena Zvezda football clubs clashed on the pitch, an event often called—albeit symbolic—the beginning of the war.

Then over twenty years later in last October, audiences worldwide were shocked by the ensuing hostilities during the Serbia-Albania Euro 2016 football qualifier after a drone waving a nationalist Albanian flag—including reference to Kosovo—was flown over the pitch, impassioning the all-Serbian crowd to riot.

Still, the tension isn’t limited to sport. In 2012 a Macedonia-organized regional summit was cancelled after Serbia refused to participate with Kosovo present, and reports record Serbia—with Russia’s help—blocked Olympic inclusion of Kosovo, until 2014 at least.

Yet perhaps it is too tempting to wax sensational about an impending confrontation. While there are no upcoming matches between the two on the schedule, Serbia can’t avoid a confrontation forever, especially as Kosovo continues to gain credence worldwide.

“If we say ok, we don’t want to play versus Kosovo, they say ok we will expel you from FIBA and then you will not play…Nobody will do something like that. Then we would be the ones who are suffering, not Kosovo,” said Vojkić.

“Then we are just pretending to be heroes [in our] nation….saying ‘yes we said no to Kosovo but now we are not participating at the Olympics’,” he said. “That’s a big price to pay.”

The show must go on

Meanwhile in Kosovo, Pristina’s House of Sport—where most of Kosovo’s sport federations, the sport Ministry and the Olympic Committee operate—is abuzz with activity.

“Recently we were visited by [IOC] President Thomas Bach and his delegation and he promised that in case we will achieve one medal he will do the best to present that medal at the Olympic games,” said Kosovo Olympic Committee president Besim Hasani. 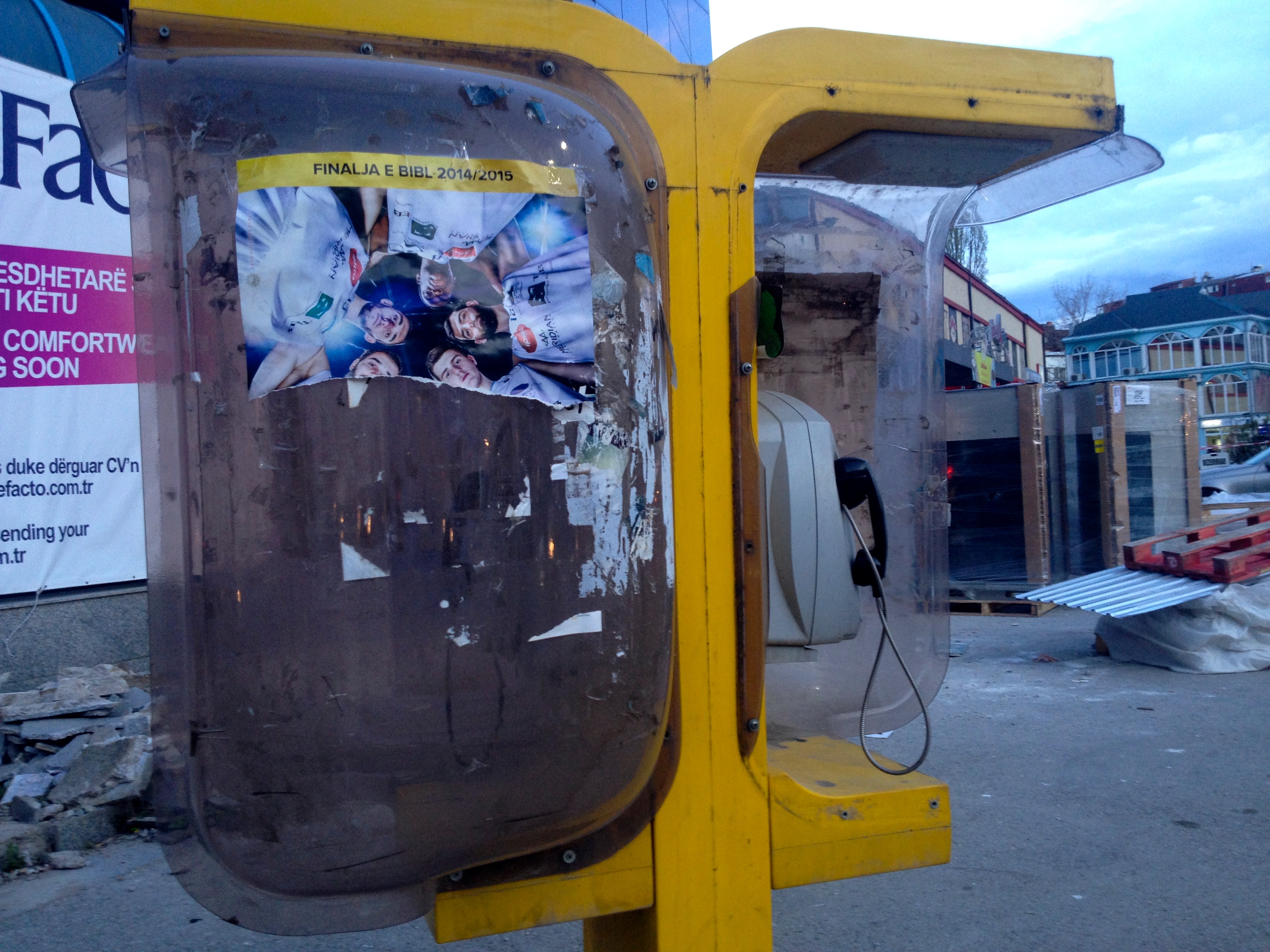 Remains of a poster advertising the participation of Kosovo basketball club Sigal Pristina in the Balkan League championship are pasted to a phone booth at a construction site in Pristina.

Due to its lack of sport infrastructure, funding, and a widely spread diaspora talent base, Kosovo’s prospect for an Olympic medal isn’t overwhelming, although at least 15 individuals will compete in judo, boxing, swimming, running and more at Rio, including world judo champ and former Olympian—for Albania—Majlinda Kelmendi who could win big.

In Kosovo’s case, inclusion is already a win-win. “We will want the medal, but just participating in Olympic Games itself is marvelous,” said Hasani.

And for Serbia, the show goes on. “The media and popular opinion will use that fact that we have to play versus Kosovo to make…a political [conclusion] out of it,” said Vojkić.

“But in the end the game has to be played.